Guten tag 👋 I figured I’d do a quick post on my own experience training for and running the Berlin Marathon.

A little background on myself: I’ve been a “runner” for ~4 years now, but this is only my second marathon (the first was the Three Capes Marathon in Oregon back in 2020 - a very different story). I’ve done several half marathons over the years and have trained in various capacities for those. That being said, this was by far the most structured and consistent I have been.

My first marathon I finished in 4:00:46 by cramping right at the end… This marathon I aimed to do quite a bit better and picked a training plan targeted at a 3:45:00 finish time. More importantly, I was training with a 5:15/km pace, or 8:26/mi, which would theoretically get me in just under that 3:45 mark.

I ended up following, almost exactly, this training plan put out by Runner’s World:

I started my first week of training coming off of a sprained ankle from a badly executed trail run the weekend before. Kept it easy, the ankle wrapped, and felt pretty good all things considered. Prior to the sprain I was already running fairly consistently (and had done the Rock’n’Roll half marathon in Vegas in February), so getting started training was fairly pain.

That “easy” feeling disappeared as soon as the sprint and hill runs started kicking in around week 3… Every Tuesday would be a not-so gentle reminder of how far away from ready I was. This only got worse as the long Sunday runs increased in distance.

My excuse (that I continue to hold on to) was that the Texas heat was killing my fitness levels. My heart rate was regularly maxed out even on what should have been easy runs and many of the 15+ mile runs ended with me walking to the end. 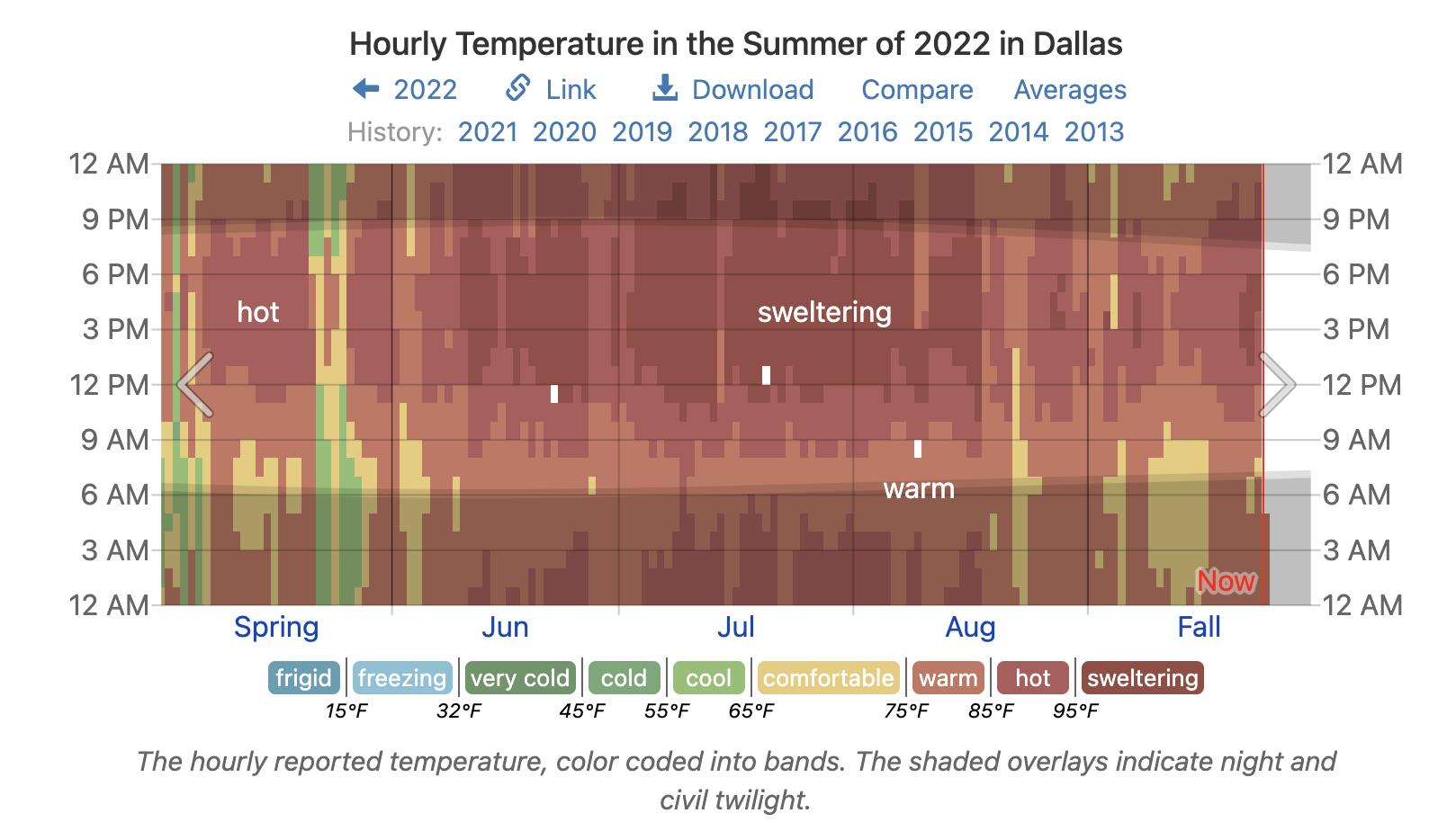 There were a few brief respites though. Namely, during a visit to Colorado in August, I did a 20 mile overnight hike followed by 22 mile run two days later - and I felt amazing. The temperature during the run was only around 70° F and my average heart rate stayed at ~150 bpm. All to say - despite regularly feeling defeated by the heat, I had some hope going into Berlin that the training would actually pay off.

The weather in Berlin was perfect 👌 Low 50’s F and partly cloudy. I roughly knew what to expect from the race route (“flat and fast”), but I honestly hadn’t done a ton of research beyond that. Based on my goal time, I was placed in “Block E” - e.g. 5th out of 8 blocks. This meant my start time was slightly later than the first 4 blocks by ~25 minutes and I was scheduled to kick off at 9:40 am CEST.

After the gun, I started running at far too quick of a pace (in my typical fashion…) looking for space amongst the crowds to ease into my planned pace. What I didn’t expect though, was the sheer number of people both on and off the track. It was 42.2 km of continuous runners (>45k participants!) and supporters cheering and giving high-fives. The support was real and one of the primary day-of reasons I was able to finish in the time that I did (the other being the magic of The Pickle Juice Company).

All in all, it was an exercise in mind over matter and one that I’ll look back on with rosy retrospect. It’s also worth congratulating Eliud Kipchoge for breaking his own world record during this race; finishing with 2:01:09 🤯 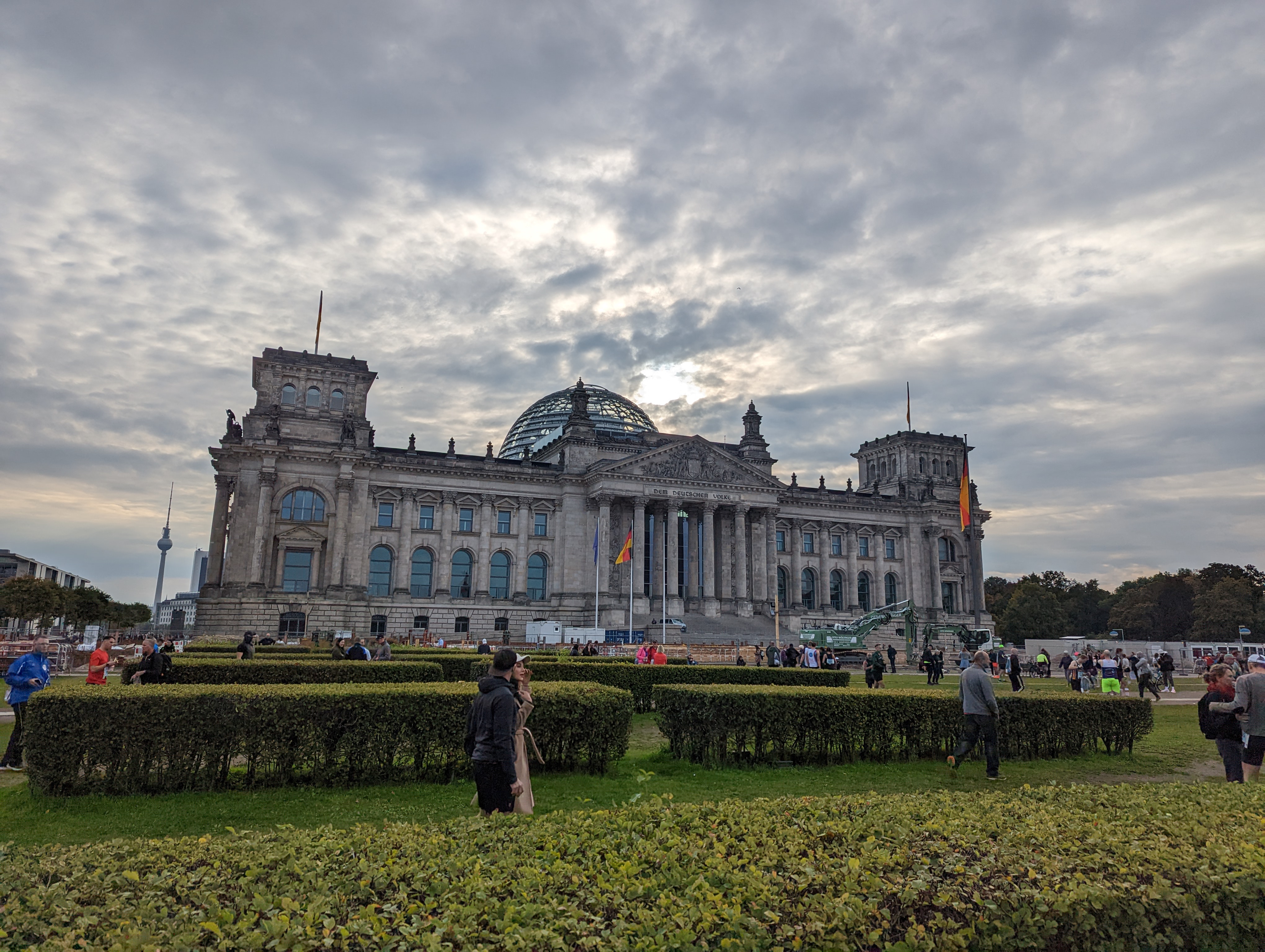 With Berlin done and behind me now I can start to look towards the next thing. Based on my performance I’m hoping to train next for a 3:20 marathon time in the spring. I’ll also be seeing if I can win the lottery for any of the 5 other world major marathons (there’s 6 now in total!). The long term marathon goal being to get under 3 hours to qualify for Boston on my own two feet 🤞