For a while now I’ve been meaning to run my own EVM-compatible blockchain network. In part for the learnings, but mostly for the hell of it 🤷‍♀️ So this is me kicking off YetiNet with a little brainstorming.

Why “YetiNet”? It’s the first thing that came to mind and works well with my ENS name, runninyeti.eth. Also, the web3 arm of Bridgetown Collective is unofficially called “Yeti Labs”.

In short, I’m aiming for YetiNet to give me an unnecessarily robust medium for toying around in the Ethereum ecosystem by simply recreating the whole thing in a controlled environment. And since I’ll control the network, “gas fees” will just be technical details and not something I need to financially consider. Then with that ecosystem in place, I hope to explore some blockchain use cases such as P2P chat, MEV manipulation, logistic networks (e.g. for vertical farming), etc, etc … lots of ideas, no where to shove them.

Why not use an existing Layer 2?

With an emphasis on keeping an unnecessarily complex endeavor as simple as possible, I’m planning to create a concept of a “YetiNode”. These nodes will simply be a collection of at least 5 Docker containers all orchestrated through Docker Compose. Namely the following: 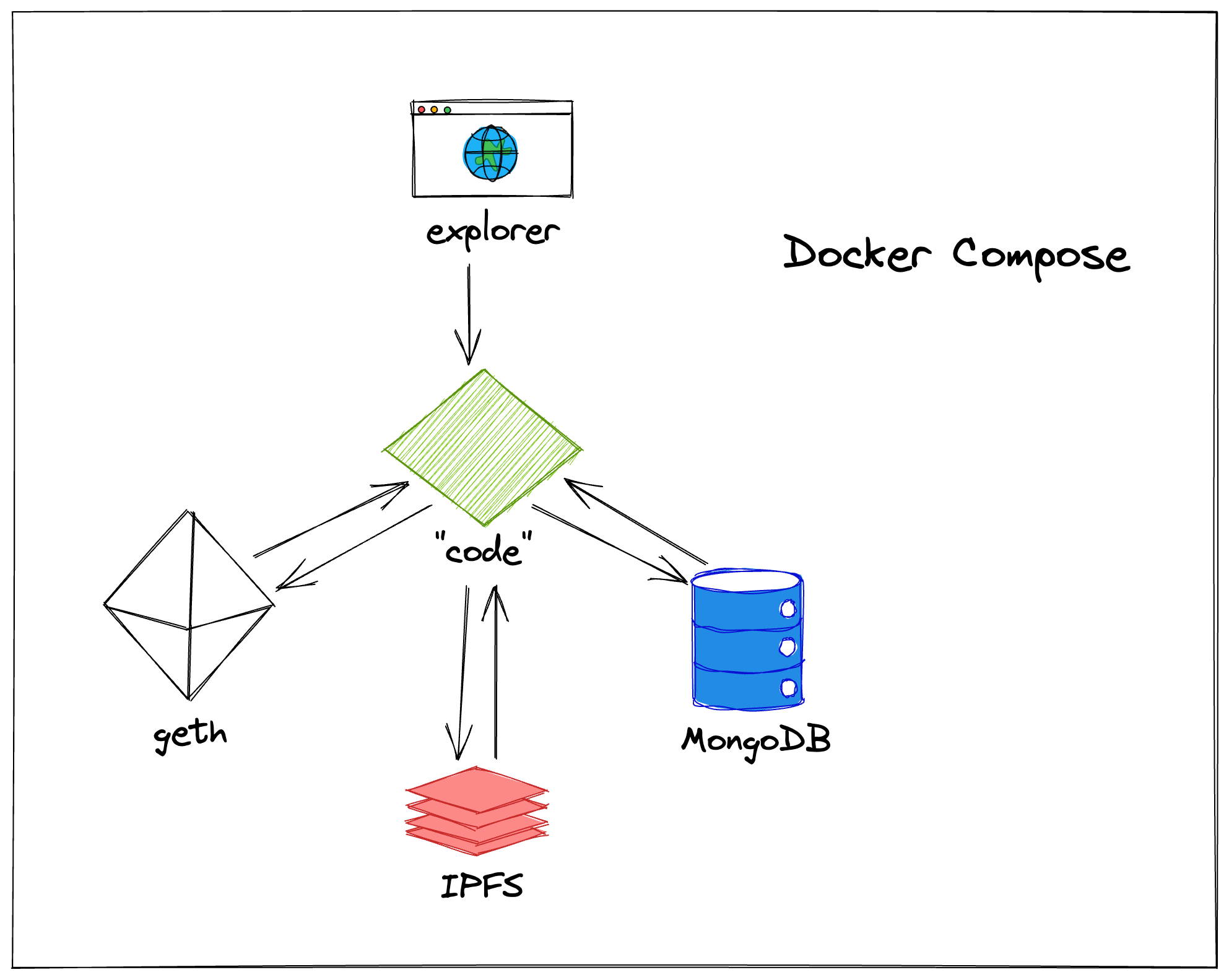 In this way, each “node” of the network will be a whole lot more than just a block producer - which opens the doors to many fun projects later 😎

I’ll do another post once I have the above architecture initially built and YetiNet “deployed”. If anyone wants to participate or has any thoughts, please reach out!